God is still in the miracle working business!

Good Morning!  I know it's been forever since I've written.  I apologize for that.  Just seems that I don't have enough hours in the day to sit and put pen to paper, as it were.  Anyway, I wanted to write today to let you all know that God is STILL in the miracle working business.  There has never been any doubt...He IS the same yesterday, today and forever, right?  That's what the Word says.

Well, I've have a miracle.  If you've followed me at all, you know that I suffer from recurrent loss of voice.  Now, this loss of voice isn't just for a week or two.  No, it normally lasts from 8-10 weeks.  In January of this year (2011) I lost my voice and it was gone for 13 weeks!!  This has been going on for approximately 20 years!  How inconvenient!  I am a children's pastor and an office manager at my husband's business.  It's pretty difficult to preach or answer the phone and deal with customer's when you can't talk.  I can't tell you how many times someone would call on the phone and hang up because they couldn't hear me.  It was horrible.  The 13 week episode was the longest I had ever endured.  I become quite depressed when this happens.


I've been to 3 different doctors over the course of time.  Each one has told me the same thing...there are no growths and no abnormalities.  They have no explanation.

Well, on November 16th...guess what?  I lost my voice again.  I opened my mouth to say something and nothing came out.  That's how it always happens...sometime between October and February...every year...with no apparent warning, no sickness, no sore throat,nothing...my voice just vanishes.  Normally, I 'don't' go to the doctor because I know what they will say.  However, for whatever reason, I went to the doctor just a few days after it happened this time.  I mean, come on, I just got my voice back in April...now, 7 short months later, it's gone again!  Well, the doctor did all the same stuff that the other 2 had done in the past.  And again, the results were the same...no growths, no abnormalities.  He did tell me that there was a very tiny amount of swelling on the false vocal cords and prescribed a steroid.  A week later, I was to call him and let him know how I was doing.  Well, a week later, I was no better...I still could not talk.  So, I decided instead of calling him, I would just stop in the office and talk to the nurse.  At least that way I wouldn't have to strain so much for her to hear me on the phone.
When I stopped in the office, I spoke with the nurse and she talked to the doctor.  He decided he wanted to see me.  He looked and said that the slight swelling was gone and than anatomically, my throat was perfect.  Ugh...now, I don't want something to be wrong, but I want to have an answer!  In the course of our conversation, he asked if I had a humidifier at home.  I said that I did not.  He didn't dwell on that, he just kept going.  I asked about allergies since I have a history of asthma, allergies & hayfever.  He said no, because the medication he had given me would have cleared them up.  Ugh....again.  He sent me away to do some research and see about having me see a speech therapist.  What!  I've been talking for 52 years, I think I know how to talk!

The next evening at church, one of the ladies said something about it always happening when we are using the furnace.  I had never thought about that, but the thought stuck in my mind.  The next day, I continued thinking about the doctor's questions about the humidifier and the comments my friend said about the furnace.  Since my dad made a living doing heating and cooling, he had a little experience with this stuff so I asked him about buying a humidifier.  He told me what to look for and so off I went.

MIRACLE TIME
On Saturday afternoon, my hubby and I bought 2 portable humidifiers.  We put one upstairs in our bedroom and one in the living room downstairs, filled them up, turned them on and prayed.  We sat on the couch watching TV.  A couple of hours later, Jim asked me a question about who knows what and I answered him.  He looked at me and said, "What?"  I looked at him and we both knew that I had been healed.  Now look at this...it was a 2-hour time frame that the humidifiers had been working...2 hours!  And my voice was back as sudden as it had gone!  I don't understand how something so little as 'humidity' can make such a big difference but apparently it does.

The doctor had told me that the 'average' person makes 32 ounces of drainage every day, more when sick.  Perhaps I am the rare one that makes less than average.  Perhaps with my history of asthma, allergies & hayfever and having to take allergy medications, it dries up some of my 32 ounces of drainage...who knows...who cares.  I do know that God cares and that He will give us 'nuggets of wisdom' to figure things out...all in His timing.  I will gladly turn on my little humidifiers every October and leave them on until I turn the furnace off in the springtime!  I know that the answer has finally come and my voice will no longer 'leave me.'

Thank God for His love, His mercy, His miracles.  What miracles have you seen lately?

Yes, God still has miracles for us. It is to bad people don't believe in them anymore. He is such a loving God and wants to give us more and more. It was so great when I heard your voice Saturday (it seemed like forever since I had heard it). No more of losing that beautiful voice.

Love you and blessings to you.

I am so happy and thankful that God provided you with the wisdom to know what to do and for this miracle! I know how hard it always was on you and hard for all of us. I don't know how many times the kids would come to me sad and say they can't remember what Nana's voice sounded like. This is a miracle. God wasn't ready for you to figure this out twenty years ago, His answer was wait. You waited and now He has provided a miracle!

I know your story and yet it still gets me excited to read it. God is so good! He brought freedom to you in His perfect timing.
Love ya Debi!

Praise God! After all this time suffering from this condition Debi, it's wonderful that you seem to have found an answer. :-)

Have a Blessed Day! 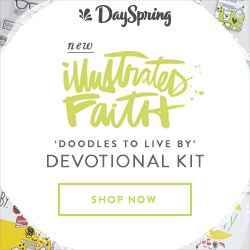